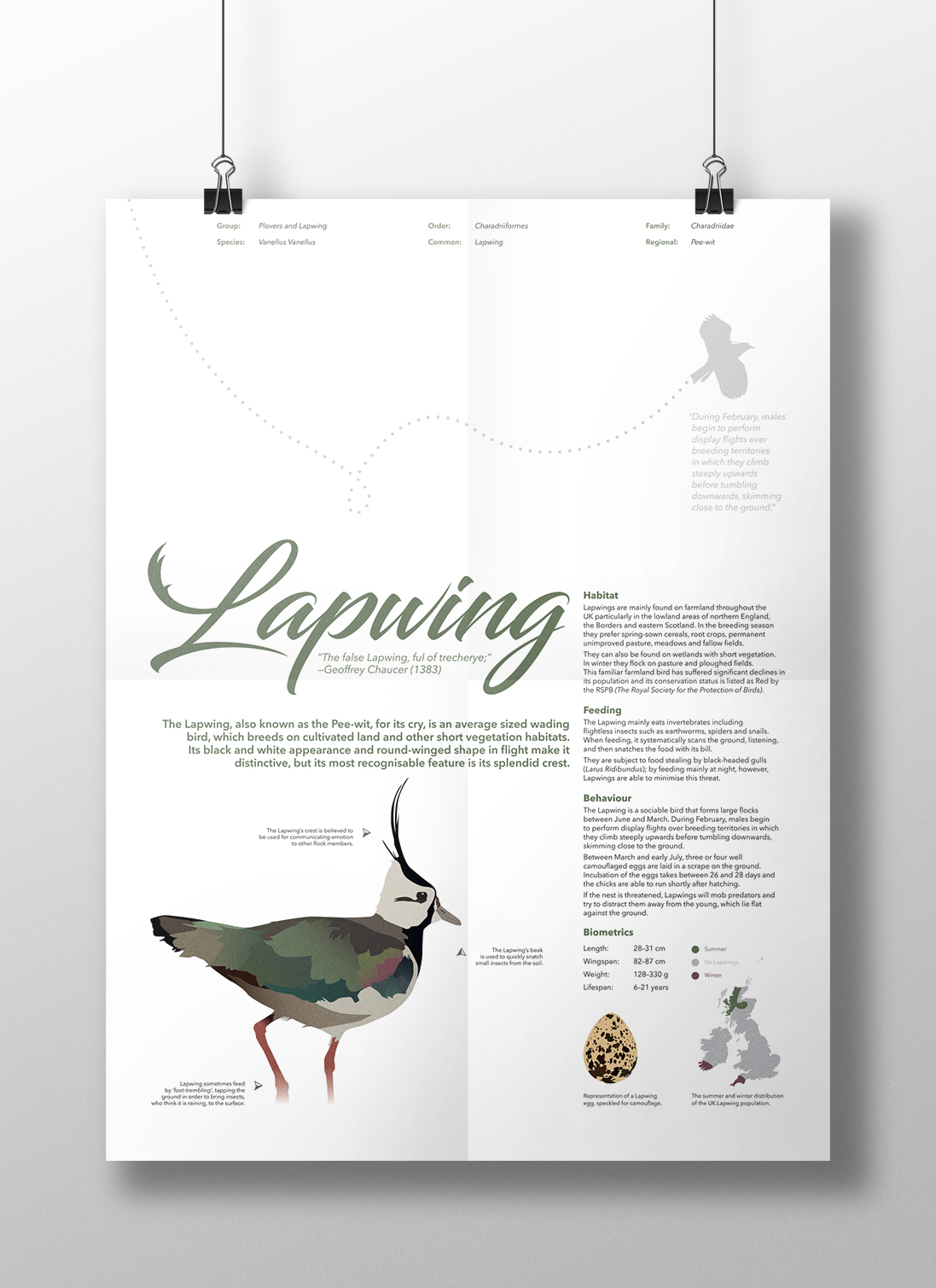 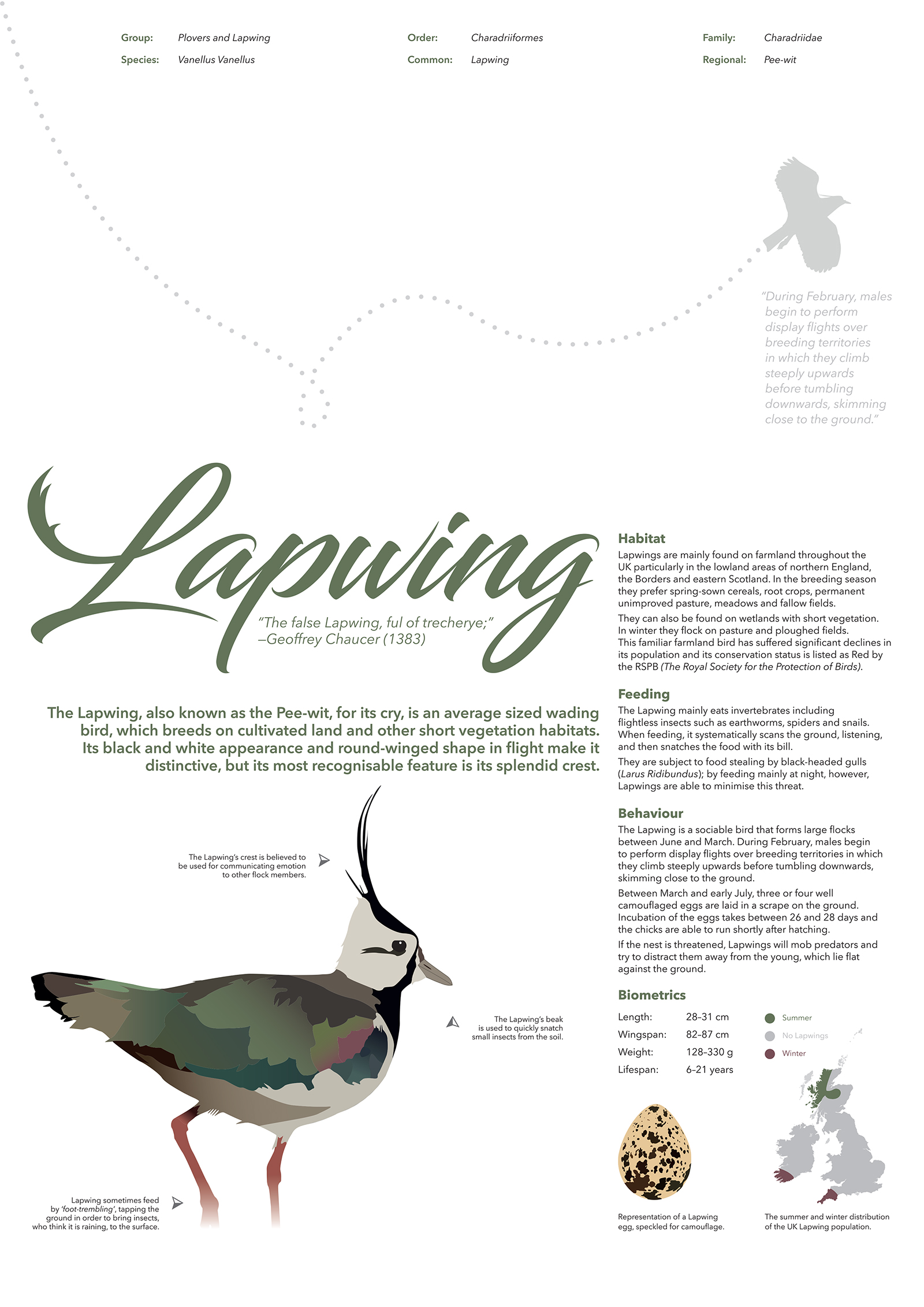 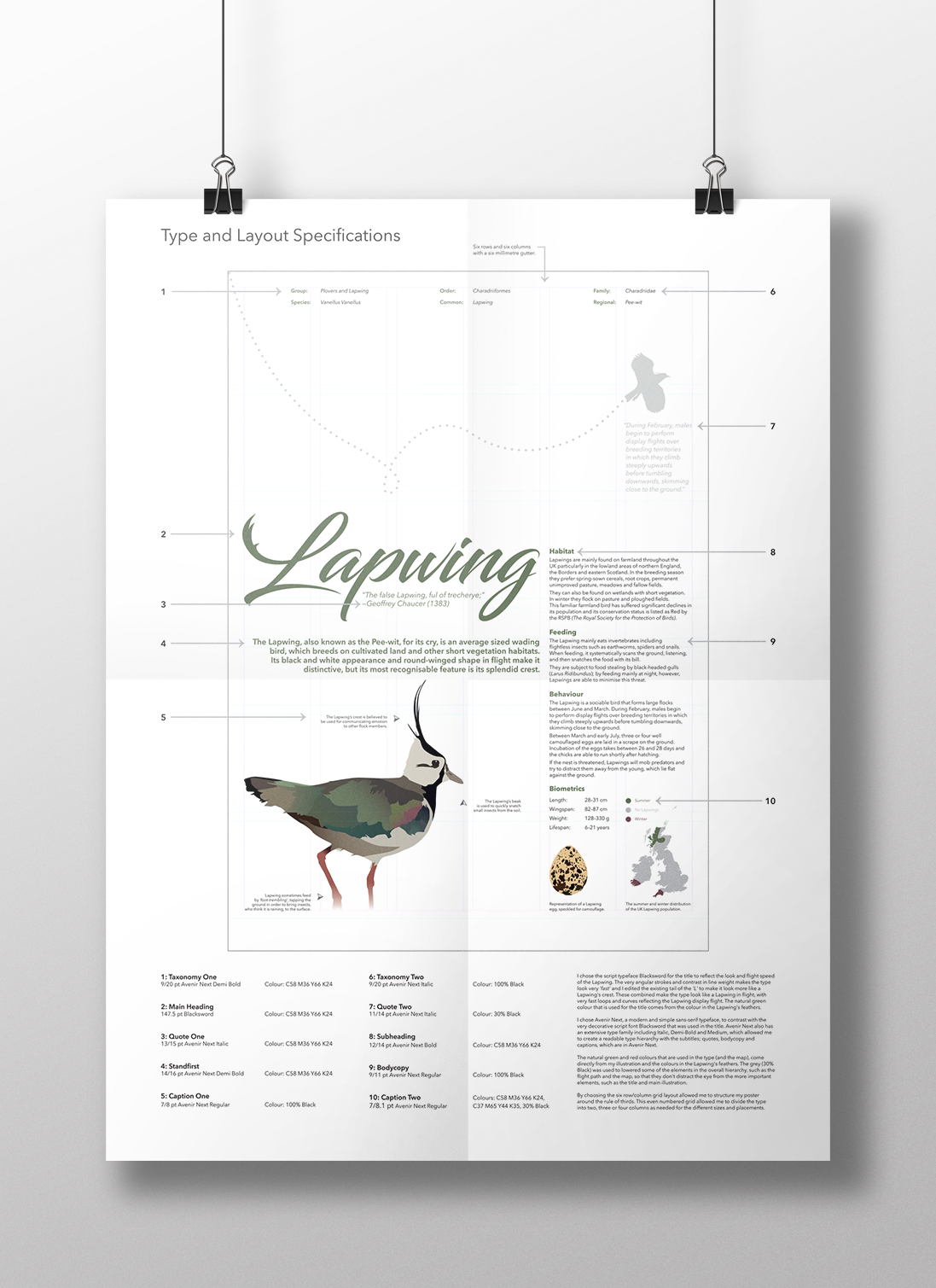 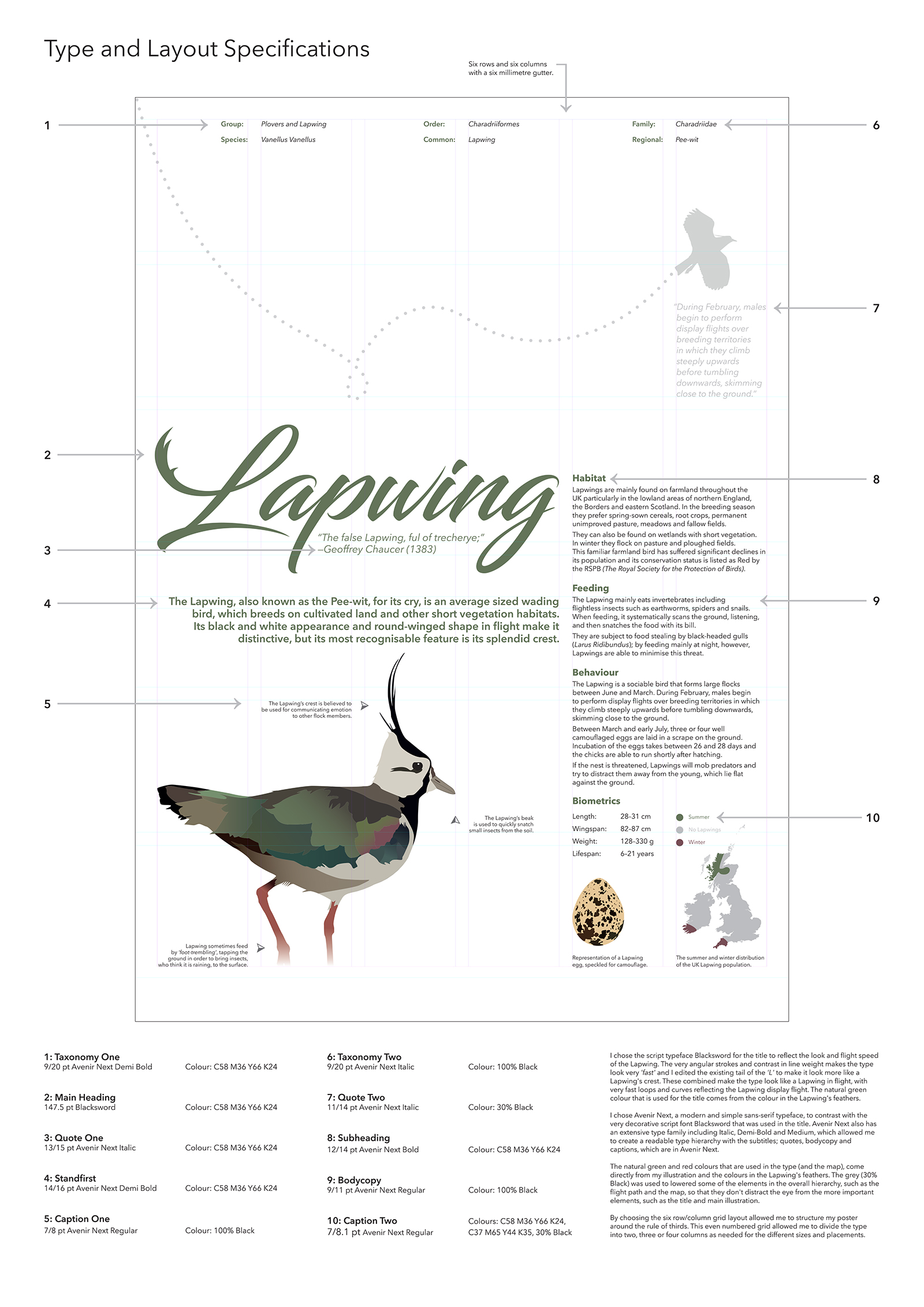 A typographic informational poster about the Scottish bird, the Lapwing.

I chose the script typeface Blacksword for the title to reflect the look and flight speed of the Lapwing. The very angular strokes and contrast in line weight makes the type look very ‘fast’ and I edited the existing tail of the ‘L’ to make it look more like a Lapwing’s crest. I chose the font family of Avenir Next, a modern and simple sans-serif typeface, to contrast with the very decorative script font Blacksword that was used in the title. The natural green and red colours that are used in the type (and the map), come directly from my illustration and the colours in the Lapwing’s feathers.