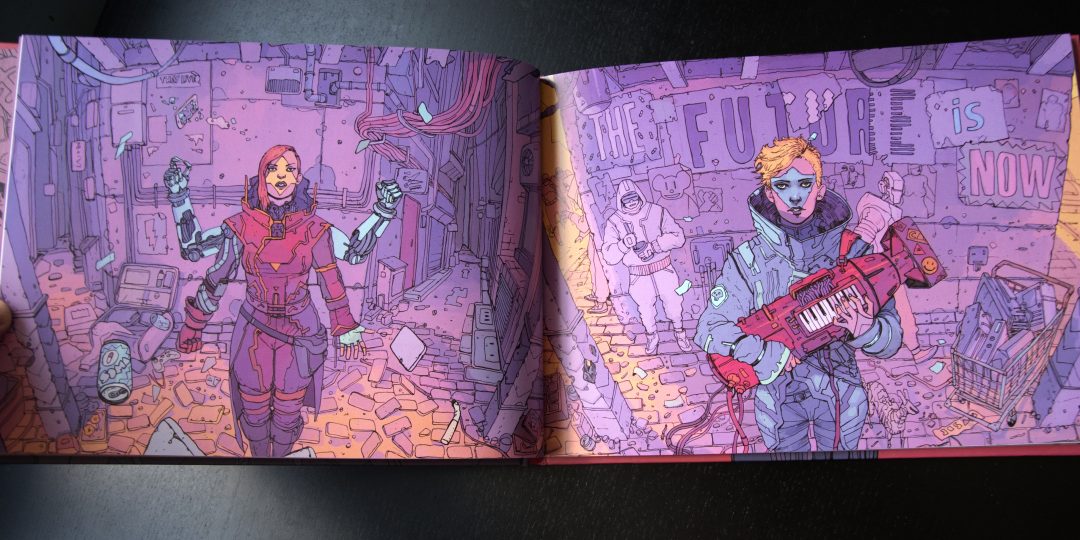 This blog post is a mix of an art book review and a spotlight on an artist whose work I really love called Josan Gonzalez. Josan is a Spanish artist from Barcelona, and the creator of ‘The Future Is Now’.

‘The Future Is Now’ is Josan’s personal creative project that has now had two hugely successful Kickstarters. It is is essence a pair of art books but the concept behind them is an entire illustrated, cyberpunk-style world. This world has been created entirely by Josan, who has invented characters, backstories, factions, cities and even drawn a map to show where some of his illustrations are taking place. ‘The Future Is Now’, while you are looking through it, feels more like a comic book without any words, with stories that are told entirely through the vibrant, highly detailed illustrations. 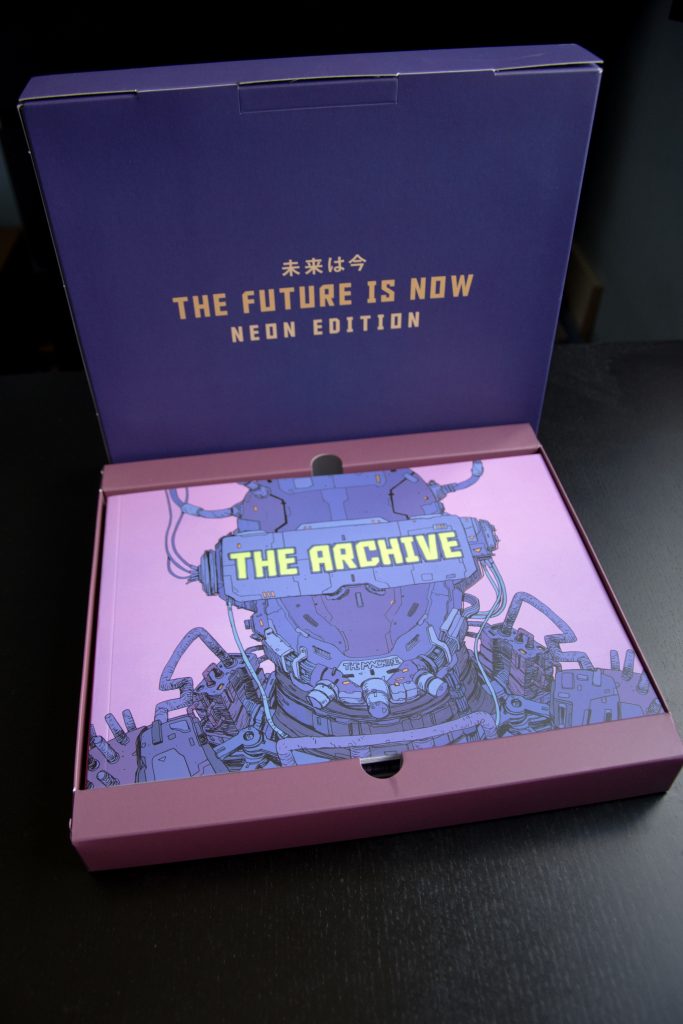 Josan’s work is so highly detailed and sophisticated that it is easy to get lost looking at just a single page. Every aspect of the world, down to the heaps of garbage on the streets, or the soda cans lying around messy apartments, has been included and drawn to an almost ludicrous level of detail. What makes this art even more impressive is that it is drawn by hand, with every tiny line being carefully inked in black pen, before the drawing is then scanned and coloured digitally. The sheer amount of time he must have spent on the two books is mind-boggling.

Below: ‘The Future Is Now’: Book One, Book Two and The Archive. 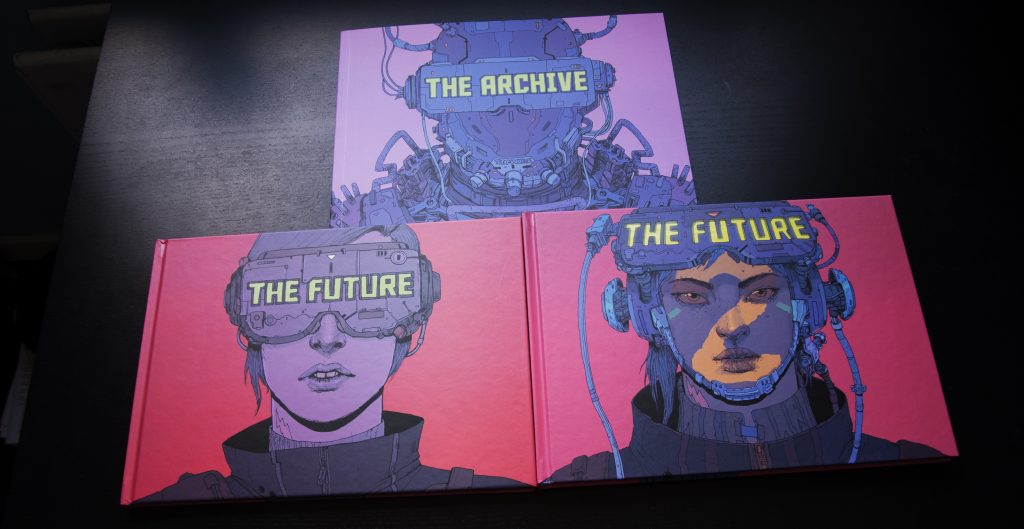 Below: The awesome illustrated box for the Neon Edition (which includes all three books) 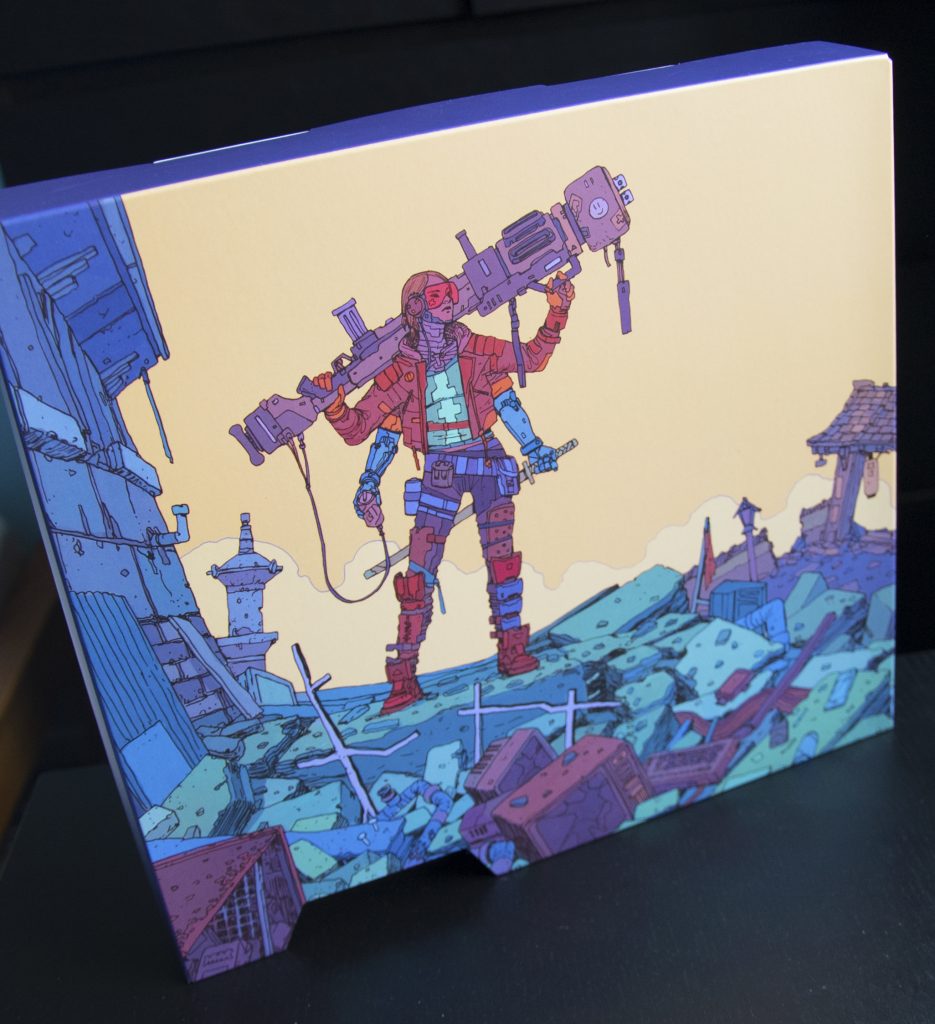 Below: Artwork from ‘The Future Is Now’ 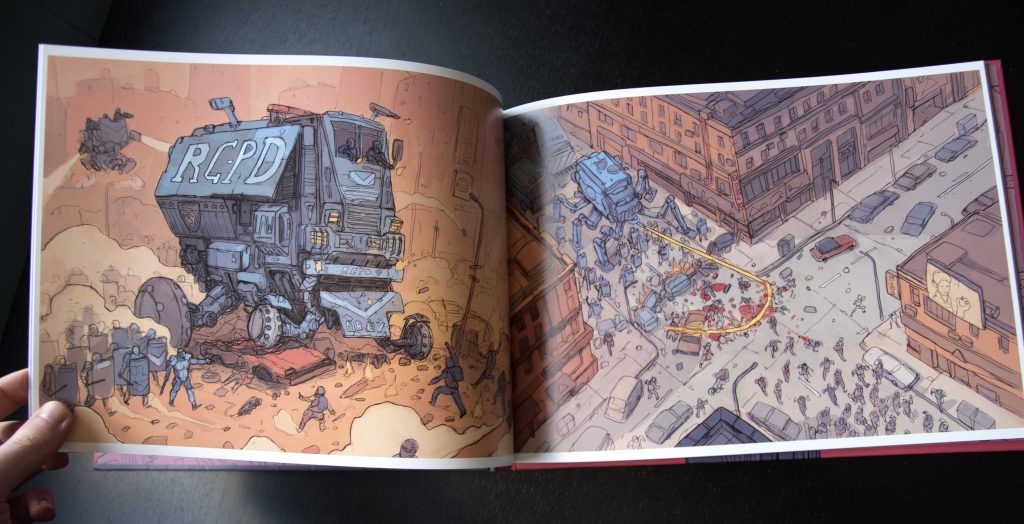 Below: Artwork from ‘The Future Is Now Two’

A lot of the material that Josan wrote for the Kickstarters was done entirely in-world and in-character. You can tell from his writing the amount of time he has spent thinking of every aspect of the world. Here is an example from ‘The Future Is Now Two’…

“Welcome, my name is Josan, and as Chief of the Ministry of Information of Robo-City 16 and creator of the Robo-Citizen’s Guide to The Future, also known as The Future is Now, I will guide you through this process of adquisition that will, if completed successfully, provide you with the required documents to become a Robo-Citizen.

The Future is Now is an art book, a document that the Robo-President K3n3-DY has ordered everybody must have. It’s a compendium of the present future which will provide all the knowledge about Robo-City 16 and its dwellers. You will also explore exotic places outside the Robotic Union of Europe, like The Nation of the Sands, Harajuku Walled Island or the Independent States of Scrapland.”

Below: Artwork from ‘The Future Is Now Two’

Below: Artwork from ‘The Future Is Now’

Below: Front and back cover of ‘The Future Is Now Two’ 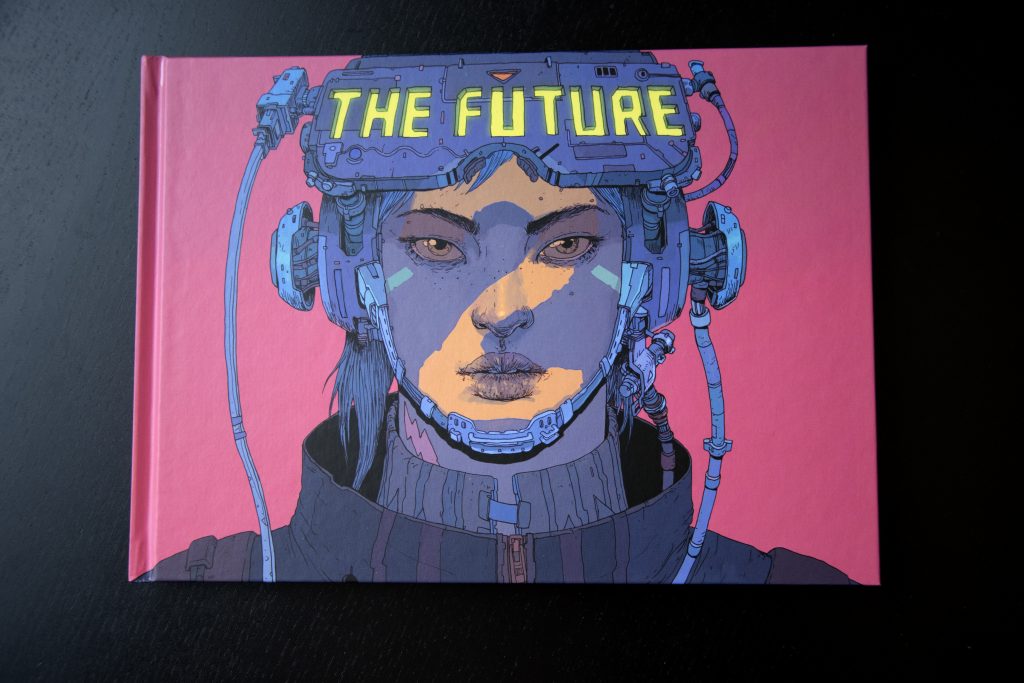 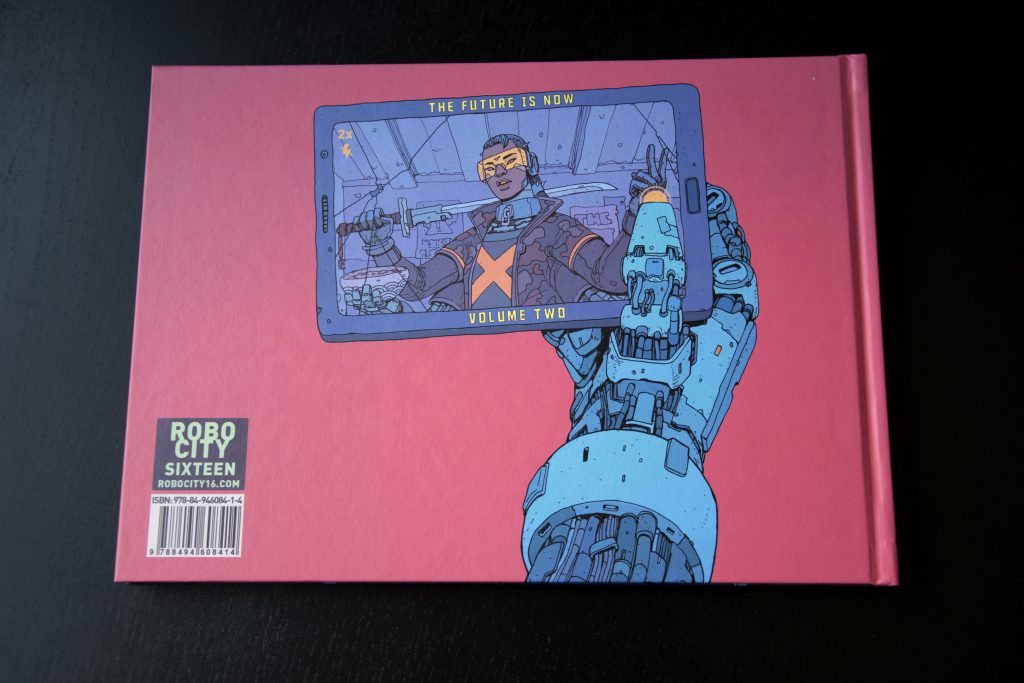 I’ve had a great time sitting and going through each of the books. The Archive reads like an alternative history book and sets up some of the setting, story and characters that appear in Book Two. Book Two has a really clear story and the consistent quality of the artwork is a step up from the first book. Strangely, though, even though Book One is more of a collection of similarly themed illustrations, it has some of my favourite individual pieces of illustration, like the ones below…

‘The Future Is Now’ has a habit of selling out all of the available copies very quickly and I am really happy that I managed to get this awesome edition while it was still for sale. I’m a huge fan of the world that Josan created, and Josan Gonzalez, without exaggeration, is one of my favourite artists working today and I cannot wait to see where he takes his work in the future.
And he’s a fan of William Gibson…

If you want to check out Josan’s work I’ve linked his pages below.