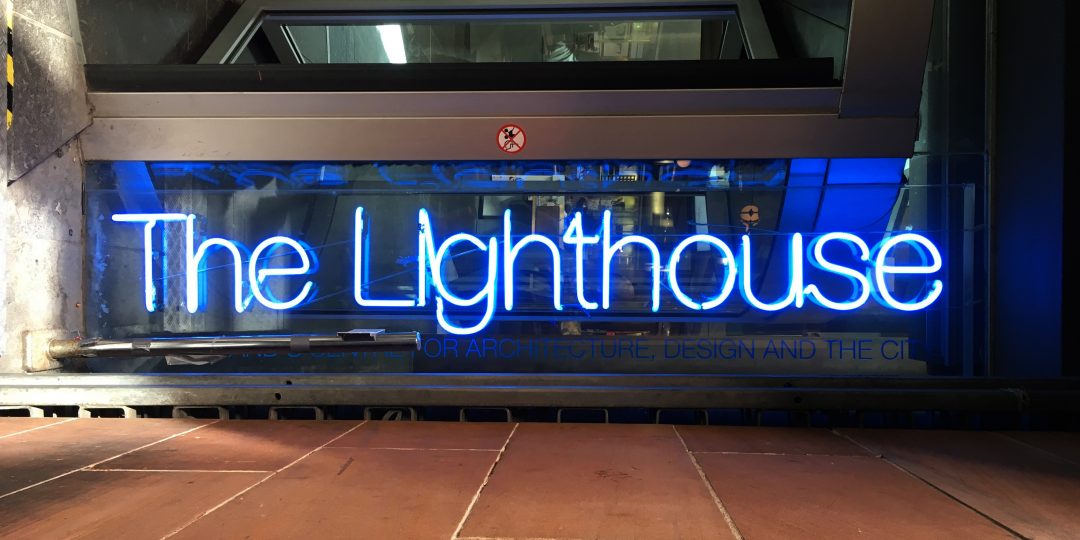 Some important news today, from the 3rd to the 7th of June (2017) three year groups (including mine!) from the Glasgow Clyde College Graphic Design School are having their graphic design and illustration work exhibited at The Lighthouse! 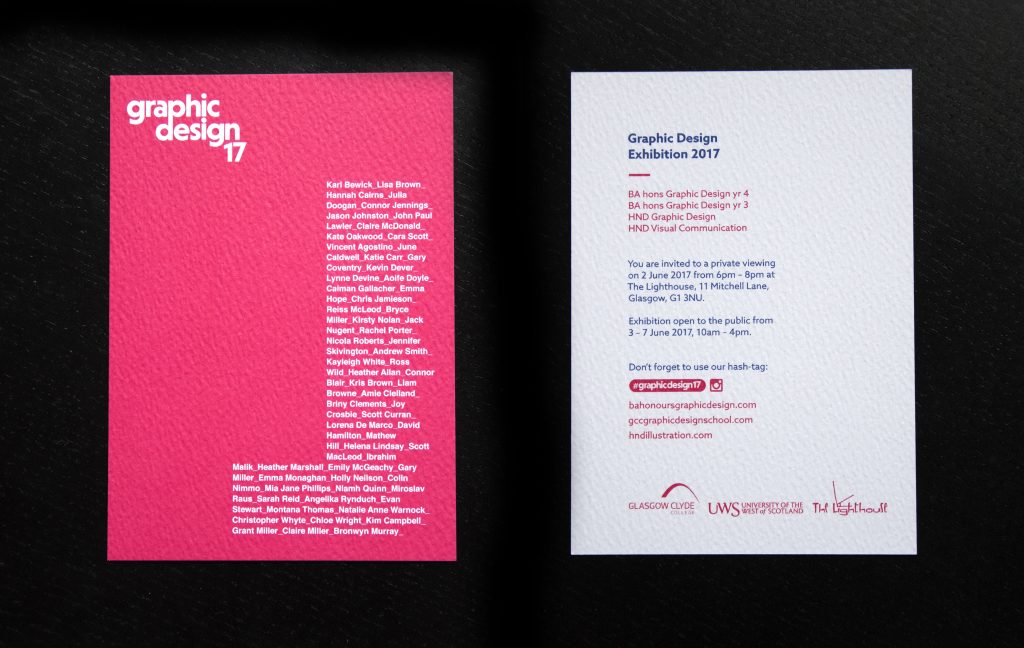 The Lighthouse is Scotland’s Centre for Design and Architecture, and was designed by one of Glasgow’s most famous designers, Charles Rennie Mackintosh. The building used to be the old Glasgow Herald printing office. So for a group of college students who aren’t established designers, having our work in the Lighthouse is a huge deal. 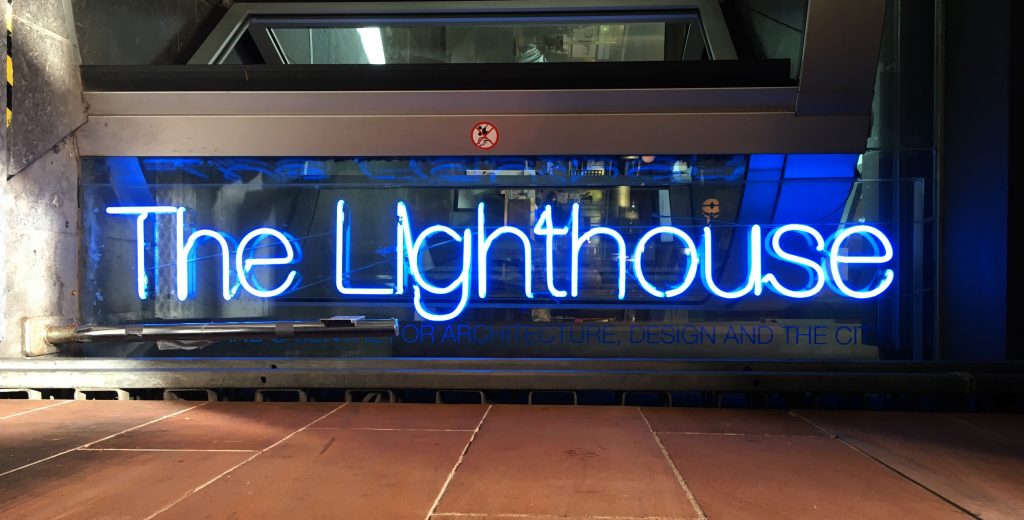 The poster, invitation and identity for the exhibition was designed by Connor Jennings, who won the competition among the BA (Hons) Year 4s. 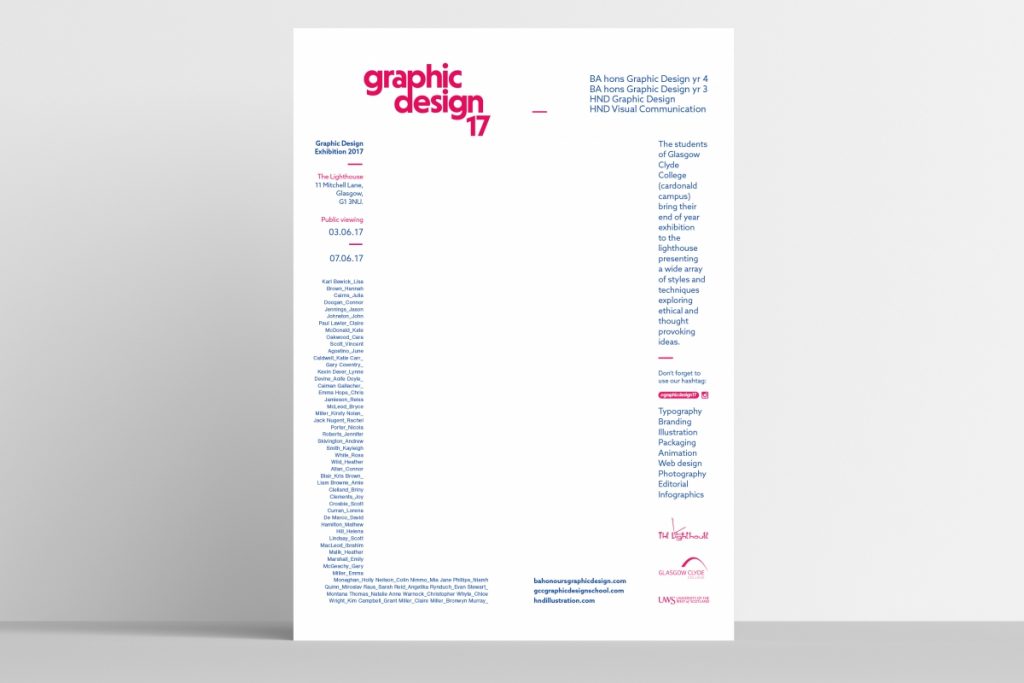 The Lighthouse is located in Glasgow, right between Central Station and Buchanan Street, so come along from the 3rd to the 7th of June and see all the work that we’ve been doing!