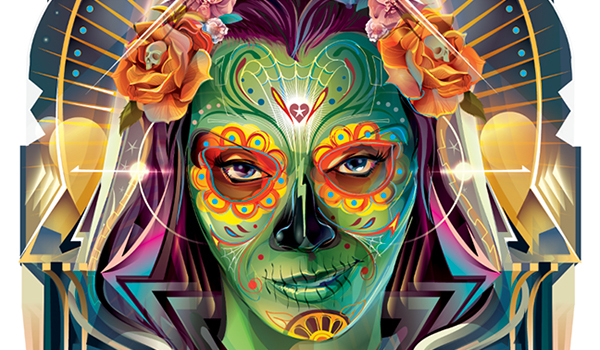 An artist whose work I really love and who inspires me is Orlando Arocena, who’s known as Mexifunk. Orlando is a Mexican-Cuban-American designer from New York, and is a master of working in Adobe Illustrator. He works with the worldwide collective of artists known as PosterPosse, and designs mainly illustrative posters for movies and pop culture characters.

As well as doing highly detailed and sophisticated work, Orlando is also known as being an incredibly fast designer (he has said that he likes to see if he can ‘break’ Adobe Illustrator). He works with a deceptively simple tool kit,  often only using a Wacom drawing tablet and Adobe Illustrator, to create artwork that is mindblowing in the way it pushes the medium of vector art to its limit.

Below: The outlines, points and final image of Tim Roth in The Hateful Eight. 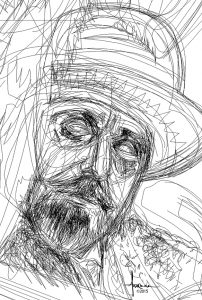 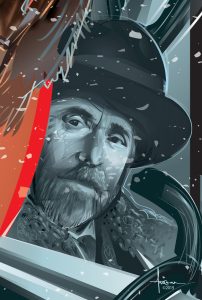 Below: Incredibly detailed Illustrator outlines for The Hateful Eight poster. 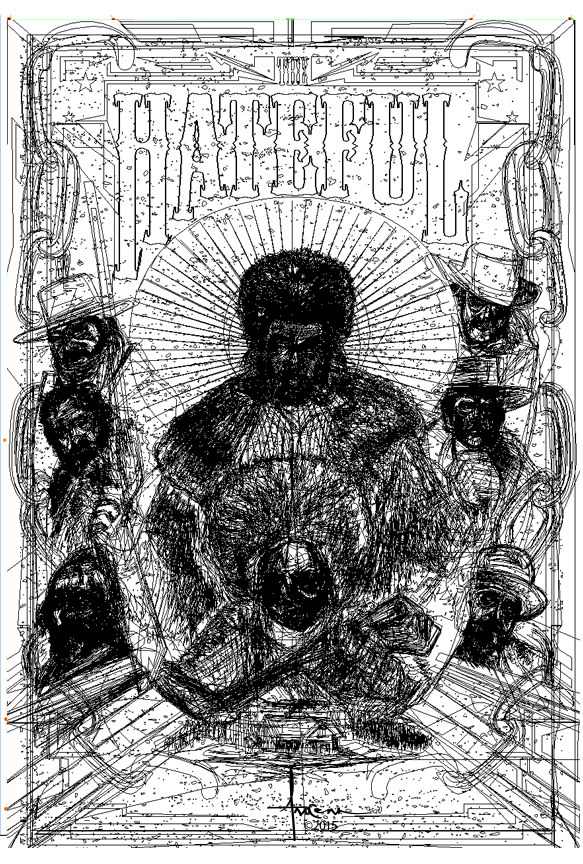 Below: The many Illustrator anchor points and paths that make the The Hateful Eight poster. 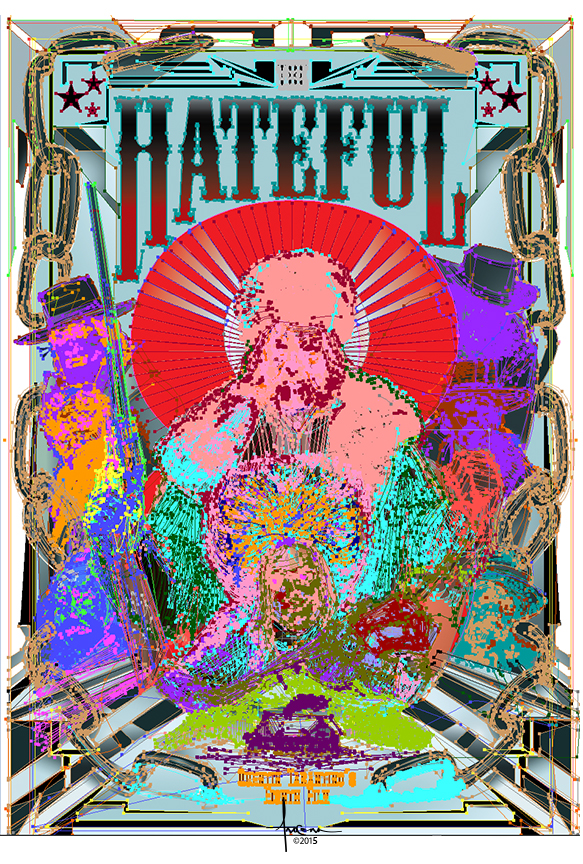 Below: The final artwork for The Hateful Eight, created entirely in Adobe Illustrator, with illustrations of every main character in amazing detail. 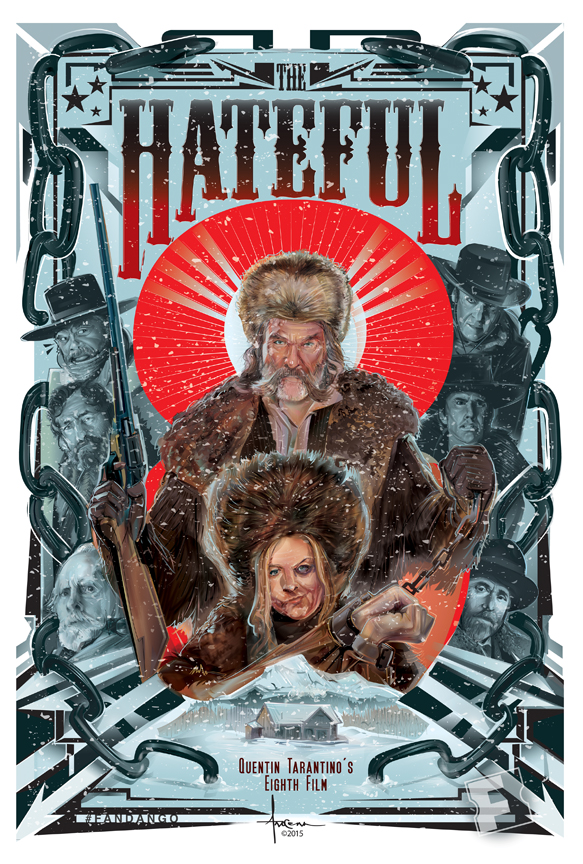 For anyone who knows Adobe Illustrator, or has worked with it before, you will instantly be able to see the level of ability that Orlando has in the program. The pen tool is often considered by students one of the trickiest parts of the Adobe programs to learn, and Orlando makes its results look completely different to most. While some illustrations that are produced in Adobe Illustrator can look quite flat and lifeless, Orlando’s illustrations often look more like highly detailed paintings and very few people would guess that they were produced in such a mathematical program.

Below: Poster artwork for the James Bond movie Spectre. 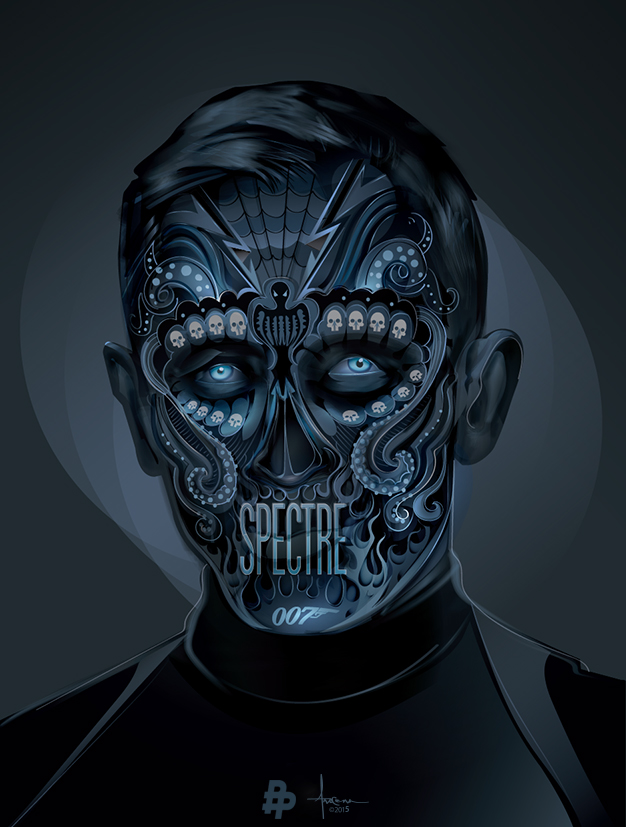 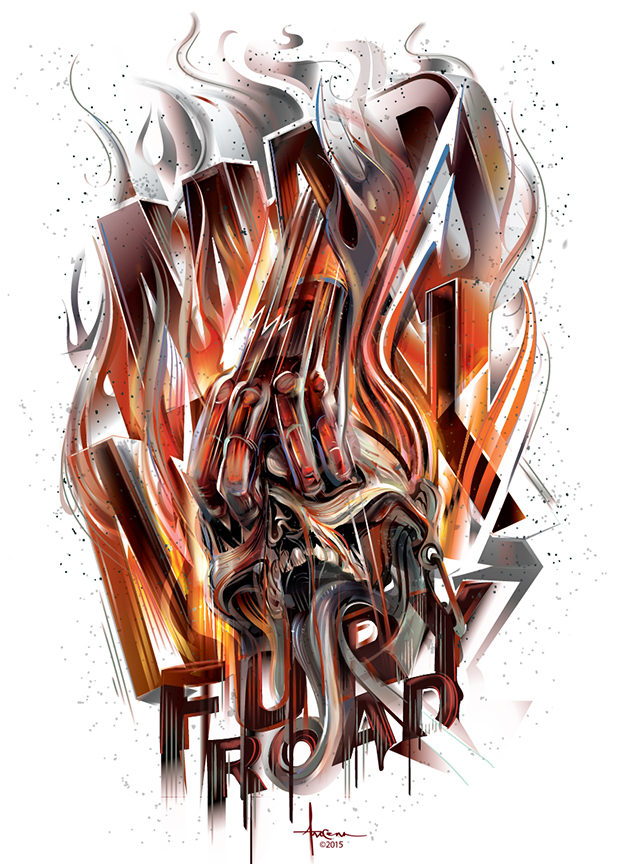 Below: Poster artwork for John Wick 2. 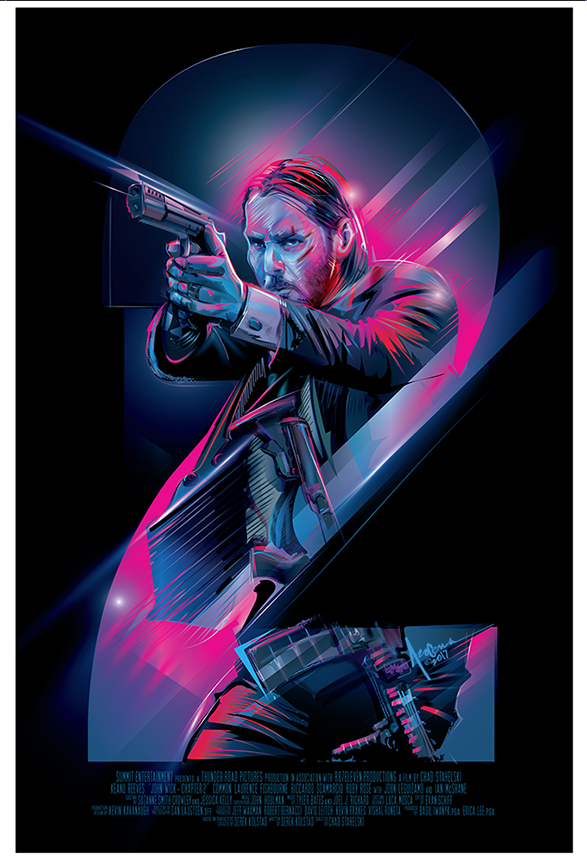 Orlando has an instantly recognisable personal style in his illustrations, which shows even though he draws inspiration from many different sources, including art deco design, abstract art and Mexican Dia de los muertos sugar skulls. I really like the modern take that Orlando has on these traditional styles, and it really makes his designs stand out, from crowd.

Below: Gamora, from Guardians of the Galaxy, and the Mona Lisa in the Dia de los muertos style. 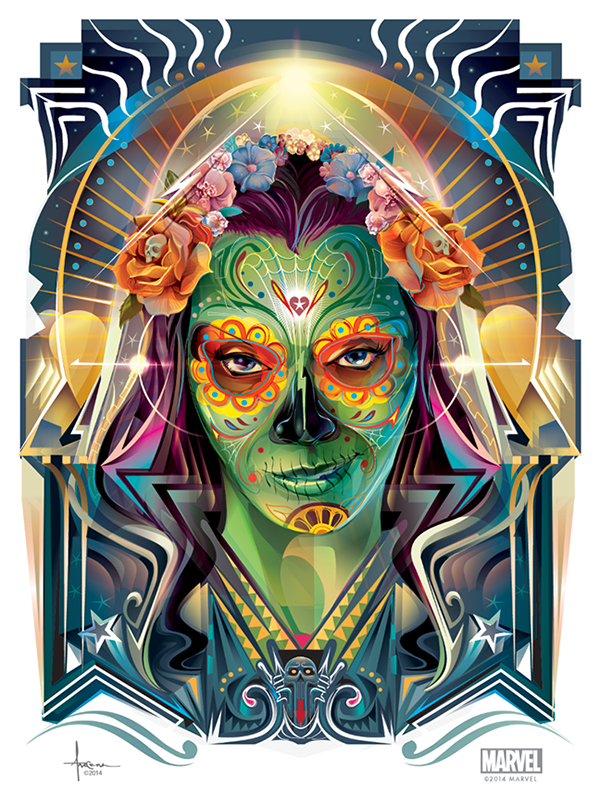 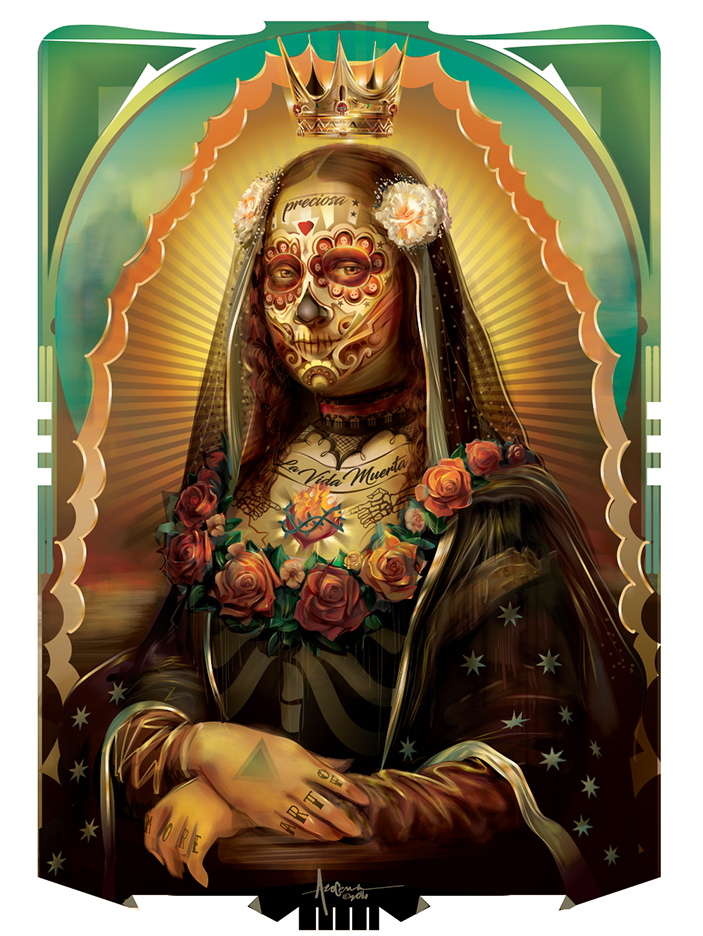 Below: Poster artwork for the anniversarty of the film Alien. 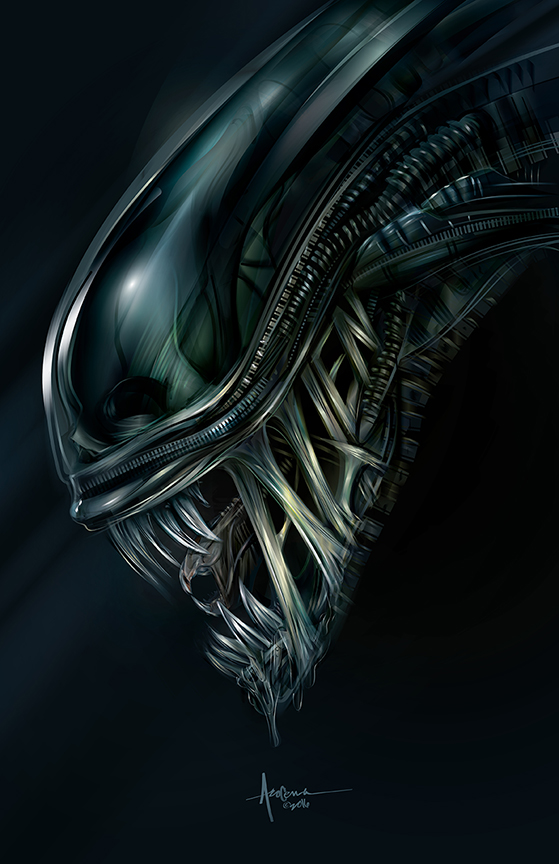 If you want to check out Orlando’s work I’ve linked his pages below.